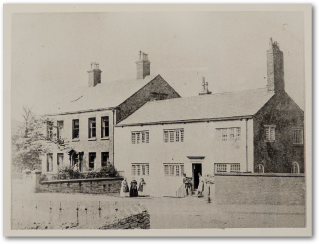 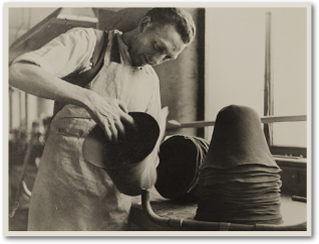 The company was incorporated under the name ‘The New Failsworth Hat Manufacturing Company’ on 2nd December 1903. Originally it had been founded in 1875 when it acquired the ‘Maypole Hat Works’, and in 1881 it moved to the site where it was to develop for many years ahead at Claremont Street, Failsworth, Manchester. The name of the company was finally converted to Failsworth Hats Limited in 1940.

Through the early 1930’s the company continued to develop, with great effort being made to expand and strengthen the various market areas, both at home and abroad. With the onset of the Second World War, production of normal headwear was restricted, with the company being actively employed in Ministry of Supply contract work, making headgear for the forces. As well as leather helmets for the RAF, various items of aircraft parts were also produced. 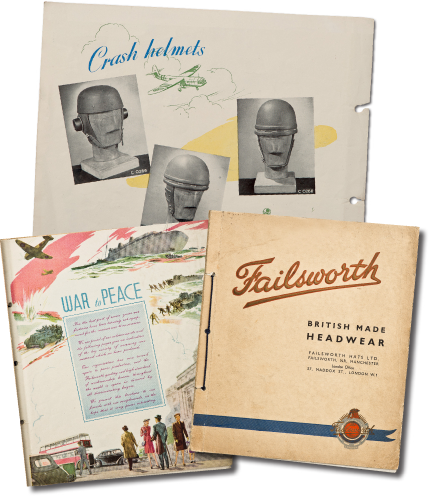 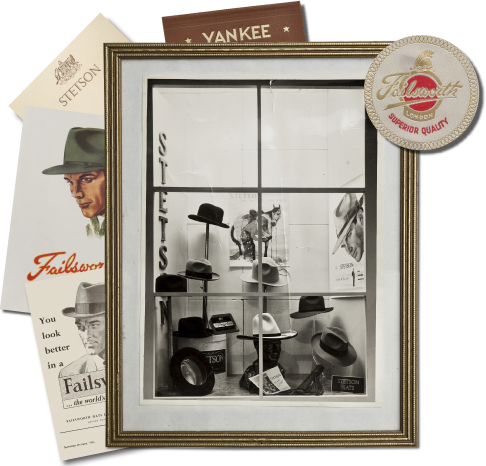 After the wartime period, Failsworth, along with the rest of the industry, had to re-evaluate its position. With a considerable loss in sales the decision was to embark on a programme of re-equipment and modernisation of production techniques, bringing Failsworth inline with the best in the world and now with the largest factory in Europe. At the end of the 1940’s a major development was agreed with John B Stetson Company of the USA to manufacture, under licence, men’s hats bearing the famous Stetson brand name.

Failsworth continued its strong sales policy by regularly attending the British Trade Exhibitions, particularly the IMBEX in London, making full use of its London showroom. The Failsworth name became well established in the retail sector, with several high profile accounts with Harrods, Austin Reed and Selfridges.

Fabric hats as well as sporty fur felt styles were created and various styles were donned by a multitude of iconic stars of their day like the Busby Babes. 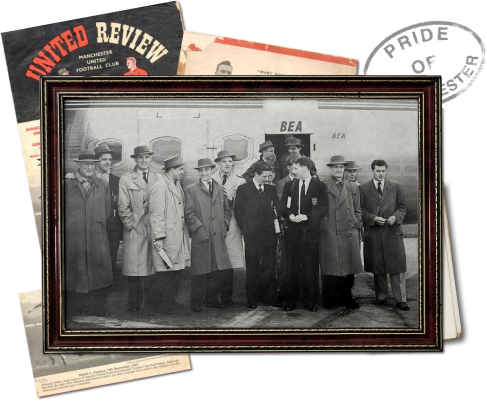 Fabric developments came at the clothing industry with ever increasing regularity throughout the 1980’s. Waxed cotton was an early leader strongly featured in the Heritage collections, followed by micro fibre sports fabrics that were lightweight and virtually waterproof. Fleece fabrics also made an appearance into almost every collection of active hiking and sports clothing. A far cry from the original fur felt production, which made Failsworth in the early years from 1875 to 1940. A newer merchandise mix combining the traditional hat styles as well as the finest UK quality tweed manufacturers were introduced in hat and cap ranges. Cashmere, Lambswool and Harris Tweed co-ordinated perfectly with the men’s fashion of the day. 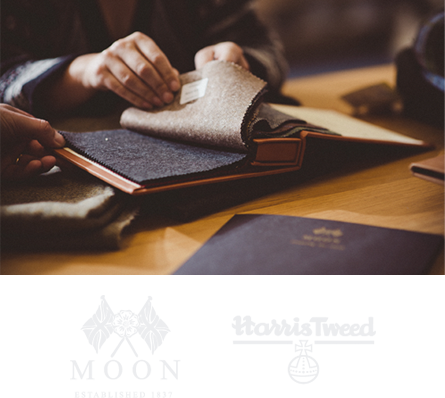 In 1998 the old Claremont Street factory was vacated and the Company re-located to Crown Street, Failsworth, little more than a stone’s throw from the old premises. The move was to make way for the re-development of the Failsworth Centre, among with the re-opening of the old Rochdale Canal. Failsworth Hats Limited now suitably re-housed, look forward to the future with confidence. Throughout their history, coping with the various twists and turns of the fashion industry, Failsworth could feel confident with approaching the new millennium.

In the early 2000’s Failsworth celebrated it’s centenary year. Appreciating it’s history the company would take further strides into the future with developing it’s accessory and children’s range, and would compete massively within the modern retail environment with its fashion and lifestyle ranges. Heritage was as important as ever with brands like Barbour, Abraham Moon’s and Harris Tweed benefitting from the increasing sales.

With a new website that provides the viewer with more of an interactive feel in the ever growing digital age Failsworth have developed a perfect marriage of the traditional and modern. 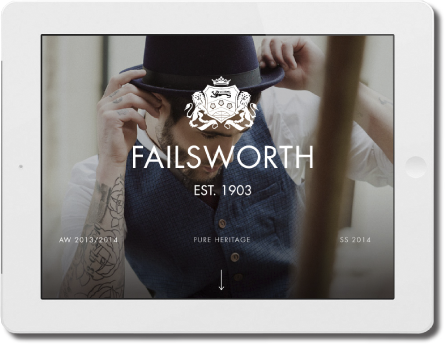